The Buffers in The End Of The Year Station

ANY NEW RECIPES FOR A FRYING PAN OVER A FIRE?

NEW DICTATOR ON THE BLOCK

It's alive! I wonder if it is going to jump on me!

So this moving island caper is getting weirder. Not only did the “island“, appear a few hours later in a different place, but I actually saw it moving! Really weird that was. This thing was floating along, slowly but surely. Was it a submarine with a grass top on it? Is the earth moving its crust? Does Uley beer have a longer after effect than any beer known to man? I don’t know, but it proper creeped me out seeing this in the dawn light. Everyone will think I’ve gone nuts

Appeared over night and troubled by it.

Found this on the windscreen this morning. Made me proper rattled it did. Can Grace have been here in the night and not spoken to me? Or is someone playing a cruel trick? I waited up to see if here were any lights out on the water but didn't see any. Her name has melted now, but I'm feeling uneasy about this. #crazy #grace #nathan #frost

When is an open path not a path? When it is a council "Health &Safety" path!

Damp is a funny thing. It makes you feel colder than you are. Makes your bones ache worse than a beating. I met a Canadian here last year, who said it felt colder in England than back home at -30C. Given we were hovering just below zero, that was something. “Your weather gets to your bones”, he said. He weren’t wrong. It’s been wet and windy these last couple of days. You can feel your system buckling under it. I’ve piled up the fire high with spitting wood, but still bedt

The Buffers in The End Of The Year Station

ANY NEW RECIPES FOR A FRYING PAN OVER A FIRE?

NEW DICTATOR ON THE BLOCK

It's alive! I wonder if it is going to jump on me!

Hot Grog In the Car Before Christmas At The Pub

SUMMER BRINGS OUT NATURE ON A CAR

See the film in full and help the homeless this Christmas!

A Nature Reserve On A Volvo

VOLVO MORE LIKE A GARDEN ROCKERY -it is alive!

WHY I COULD BE ARRESTED!

The Cops Turned Up Today and Not For Me 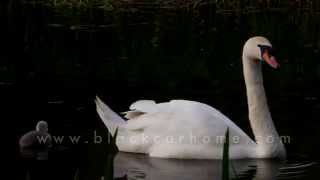 Cygnets get wet for the first time

Misty morn with spiders and an "On car allotment"

As the sun sets the swans continue to build their nest

Mystery revealed- Sherlock Holmes and me muse is back

Appeared over night and troubled by it.

Good luck spider web for China, Israel and the Philippines . Spread the web of good luck!

Watch out on Halloween